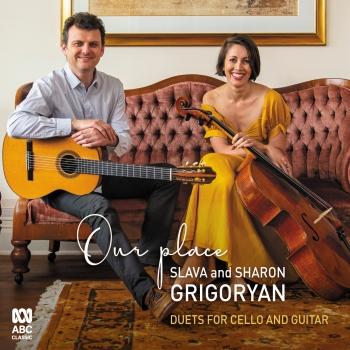 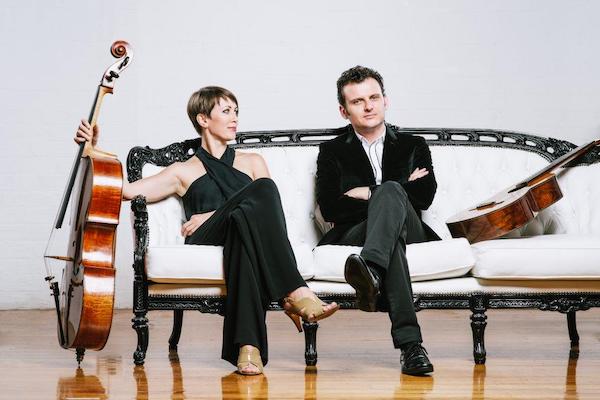 Sharon Grigoryan
Born in Melbourne, Sharon studied at the University of Melbourne and the Australian National Academy of Music (ANAM) under David Berlin, Philip Green, and Howard Penny. From 2008-2012 Sharon held a position with the Melbourne Symphony Orchestra (MSO) and was a regular participant in their Chamber Players series. In 2009 she formed the Hopkins String Quartet and was, in the same year, accepted into the Australian Chamber Orchestra’s Emerging Artists program. She has since toured extensively with the ACO.
In 2011 Sharon was a recipient of the MSO Friends’ Travel Scholarship and spent a year in Berlin studying with Professor Wolfgang Emanuel Schmidt and Nicolas Alsteadt. Since then she has performed with the Mahler Chamber Orchestra and Spira Mirabilis Chamber Orchestra, as well as being a core member of the Melbourne Chamber Orchestra.
Sharon has performed as a guest with the Australia Ensemble, and the Australian World Orchestra under conductors Sir Simon Rattle and Ricardo Muti. In 2015 she formed a duo with guitarist and husband Slava Grigoryan, and is the current Artistic Director of the Barossa, Baroque and Beyond music festival, now in its 5th year.
Sharon also has a passion for teaching. Apart from teaching the cello privately, she has tutored ensembles such as the Melbourne Youth Orchestra, AYO’s National Music Camp orchestras, and been a guest chamber music tutor at ANAM.
After seven wonderful years, Sharon Grigoryan will step down as ASQ Cellist at the end of 2020 and Michael Dahlenburg will join the quartet.
Slava Grigoryan
Regarded as a ‘wizard’ of the guitar, Slava has forged a prolific reputation as a classical guitar virtuoso. Grigoryan was born in Kazakhstan and immigrated with his family to Australia in 1981. He began studying the guitar with his violinist father Edward at the age of 6. By the time he was 17 he was signed to the Sony Classical Label. His relationship with Sony Classical, ABC Classics in Australia, and now his own label Which Way Music has led to the release of over 20 solo and collaborative albums spanning a vast range of musical genres.
At the age of 18, his first tour was with guitar legends Paco Pena and Leo Kottke. Since then he has travelled the world as a soloist in recitals and with orchestras in Europe, Asia and North America. Appearances with orchestras have included the London Philharmonic, the Royal Scottish National Orchestra, the Halle, the Dresden Radio Orchestra, the Israel Symphony and the Hong Kong Sinfonietta. He has performed at dozens of national and international arts festivals and guitar festivals. He has won ARIA awards for Best Classical Album and performs regularly as a soloist with all of Australia’s symphony orchestras. He has had two critically acclaimed tours with the Australian Chamber Orchestra, and internationally his performances have taken him to some of the world’s leading venues. From numerous appearances in London’s Wigmore Hall and Royal Festival Hall, to New York’s Carnegie Hall, Vienna’s Konzerthaus, and Tokyo’s Sumida Triphony Hall, Slava Grigoryan has developed a talent for bewitching his audiences.
Collaborations have played a huge part in Grigoryan’s career, most notably the guitar duo with Leonard Grigoryan. Together they have released three duo albums and appeared on many others. Their touring has seen them perform throughout Europe, America, Asia, Russia and the Middle East. Other collaborations in the classical sphere have been with ensembles including the Goldner, Flinders and Australian String Quartets in Australia, and the Endellion, Skampa and Chilingirian Quartets in Europe. He regularly performs with the Southern Cross Soloists and has worked extensively with pianist Michael Kieran Harvey and baritone José Carbó, and – amongst many others – was a founding member of Saffire, the Australian guitar quartet. He has also collaborated with numerous composers and premiered many new works, significantly with composers William Lovelady, Nigel Westlake and Shaun Rigney.
Outside the classical world Grigoryan has had long term collaborations with MGT – a guitar trio featuring jazz icons Ralph Towner and Wolfgang Muthspiel – and a duo with Austrian electric bassist Al Slavik. With Leonard Grigoryan and with Joseph and James Tawadros he has formed Band of Brothers, performing a fusion of contemporary jazz, classical and Middle-Eastern music.
Grigoryan’s appointment as the Artistic Director of the Adelaide International Guitar Festival has been a thrilling addition to an already full musical life.