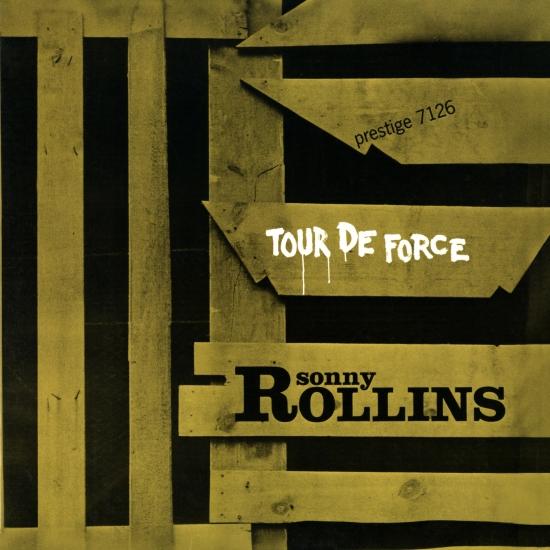 Wonderful Rollins work from the bop years – served up cracklin' hot, in a group with Kenny Drew on piano and Max Roach on drums. The obscure vocalist Earl Coleman checks in on two numbers – "Two Different Worlds" and "My Ideals" – giving a nice glimpse of a time in the bop era when players were much more likely to let a vocalist sit in on a set. However, the instrumental tunes – "Ee-Ah", "B Quick", and "B Swift" – are still the best ones.
The Penguin Guide to Jazz gives the album four stars out of four and describes is as being "almost as good as Colossus, with the ferocious abstractions of 'B Swift' and 'B Quick' contrasting with the methodical, almost surgical destruction of 'Sonny Boy'.
"Rollins was in consistently creative form during this prime period but the overall set is not as classic as most of the tenor's other recordings from the 1950s." (Scott Yanow, AMG)
Sonny Rollins, tenor saxophone
Kenny Drew, piano
George Morrow, bass
Max Roach, drums
Earl Coleman, vocals (on tracks 3 & 5)
Recorded December 7, 1956 at Van Gelder Studio, Hackensack, New Jersey
Produced by Bob Weinstock
Digitally remastered