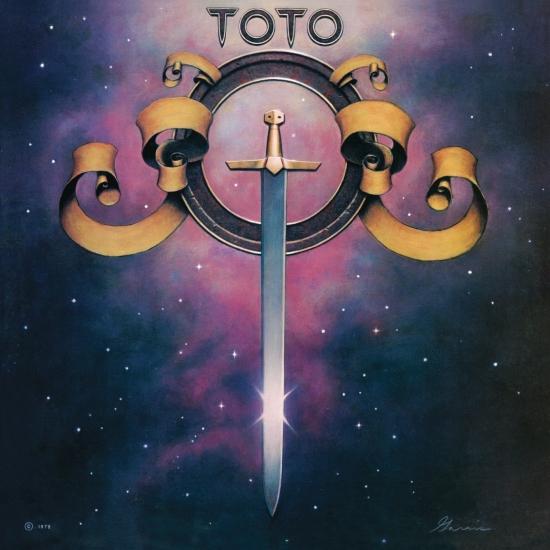 Toto is the debut studio album by the American band Toto. It was released in 1978 and includes the hit singles "Hold the Line", "I'll Supply the Love" and "Georgy Porgy", all three of which made it into the Top 50 in the USA.[1] "Hold the Line" spent six weeks in the Top 10, and reached Number 14 in the UK as well. Although not initially very well received by critics, the band quickly gained a following, and the album gained a reputation for its characteristic sound, mixing soft pop with both synth- and hard-rock elements.
After recording and touring with singer/songwriter Boz Scaggs and already frequently appearing as studio musicians, the Toto boys decided to start their own band. In 1978 they released their first album, simply called Toto.
The album and some of the singles (Hold the line, debut single, and Georgy Porgy) immediately reached a big audience. According to the tracklist it's clear that David Paich was the most important songwriter in the beginning of the Toto career.
Marty Friedman (Guitar World): "One of my all-time favorite harmonies was actually done a long time ago but, to me, never sounds dated. It happens at the tail end of Steve Lukather’s solo in Toto’s Hold the line, where he uses a harmony line as a crescendo at the climax of the solo. I personally think that, to harmonize a relatively small passage within a solo or a rhythm, or even just one note here and there, is much more interesting and also more modern-sounding than harmonizing a whole section." Steve Lukather in 2004: "We recorded the record in 1977 and the first single came in 1978 and we were off on the road working it. I remember the first time hearing Hold the line on the big FM radio in LA. I was so fucking happy. It felt amazing really. The dream was starting to come true!
It is still nice to hear yourself on the radio. I don’t freak out, I just smile and say: "Well, I just made some money" hahaha. It is strange to think that people around the entire world hear our music everyday. I mean, I wrote the stuff in my living room or with the guys in the studio. To think we transcend languages and customs and are beamed out to the masses, it is a trip."
Bobby Kimball, vocals
Steve Lukather, guitars, vocals
David Paich, keyboards, vocals
Steve Porcaro, keyboards
David Hungate, bass
Jeff Porcaro, drums, percussion
Additional musicians:
Joe Porcaro, percussion
Lenny Castro, percussion
Chuck Findley, horns
Jim Horn, saxophone, wind instruments
Roger Linn, synthesizers
Cheryl Lynn, backing vocals (on "Georgy Porgy")
Marty Paich, string arrangements
Sid Sharp, string arrangements
Digitally remastered