The Seventh One (Remastered) Toto 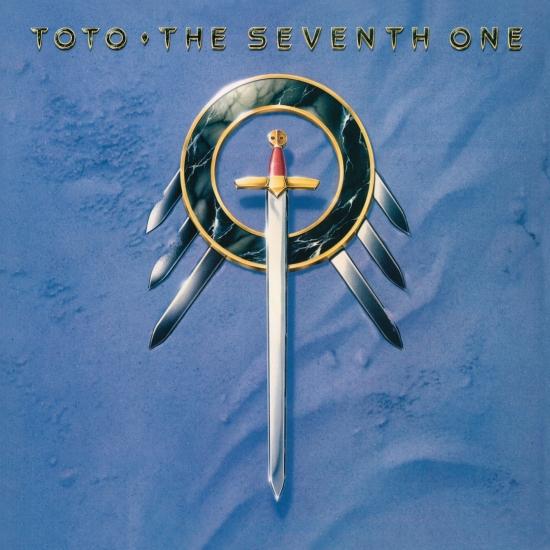 Info zu The Seventh One (Remastered)

The Seventh One is the seventh studio album by the American rock band Toto. It was released in 1988, and became the best-received Toto album since Toto IV.
In 1986-1987, after a long string of huge hits, Toto worked on their album The seventh one. It was during this time that Lukather ordered his custom guitar from James Tyler, called Puffy. Puffy was delivered in time to make it on The seventh one.
Lukather on this guitar: "The Puffy guitar was featured heavily on the Toto The seventh one album, used on rhythm & solo on the hit Stop loving you. It was also used on the song and the solo on that album cut A 1000 years. I used Puffy on sessions and on the world tour in that era and there are some pictures of Puffy and me in Guitar World circa 1987-1988 in an article I did." In addition to studio work and Toto, Luke has also taken Puffy on the road of jam sessions ("kicking off asses" like playing with Carlos Santana and Jeff Beck in Japan or with some of his musical friends in Los Lobotomys) and on the road in support of his first solo album Lukather.
The title song The seventh one* never made it to this album. The song appeared as b-side of the hit single Stop loving you and on the album Toto greatest hits (1996).
Mark Williams (brother of Joseph) about his contribution to the song A thousand years: "I wrote the progression and groove one night in the summer of 1987. My brother and I had a flat together, and I was in a writing mode home off the road with Crosby, Stills and Nash, while Joe was recording with his band (Toto). Came home from a session for The seventh one and told me he thought the song would be something good for the record, which was funny to me because the original working title on the sequencer disk was "Something Good". He took a cassette to the studio the next day and played it for Jeffrey Porcaro, who loved it and said "We've got to have this thing". David Paich and Joseph wrote most of the lyric and I had only a few additions and fixes. I believe the words have a certain “save the planet” intention in mind. My version, I made after the release of theirs. I had my own tweeks on the arrangement once more, and the key had to come down, because it was too bloody high for me to sing! I prefer my take to be honest, however, I think Jeff Porcaro’s groove had a bit better feel than mine did. Jeff was one of the best ever and trying to beat a track like his was next to impossible."
Lukather in 2004 about Joseph Williams: "Joseph was great until he got fucked up and he'll be the first one to tell you that. Love Joe, funny guy. The first tour, the Fahrenheit tour he was brilliant. Sang great every night. And then, you know, you can't be a lead singer and get high. Like freezing your vocal chords and eventually, you know, you fuck yourself up. I mean, I'm not trying to go back and dig up some old shit that he's already gone way past, 15 years ago. He's not like that at all anymore. It was a rough spot in the road and in that era everybody was doing it. I was doing it too. Not make it seem like I'm some innocent guy in all of this. We were all fucking getting high. It was the thing to do in the '80s. But you can't be the lead singer of a band, staying up all night doing that shit, destroying …It would be like me taking a sand blaster to my fingers every night and then trying to play. You can't do it."
Joseph Williams, vocals
Steve Lukather, guitars, vocals
David Paich, keyboards, vocals
Mike Porcaro, bass
Jeff Porcaro, drums, percussion
Steve Porcaro, keyboards & programming
Additional musicians:
Lenny Castro, percussion
Michael Fisher, percussion
Jim Keltner, percussion
Joe Porcaro, percussion, vibraphone
Tom Scott, horns
Jim Horn, horns
Jerry Hey, horns
Chuck Findley, horns
James Pankow, horns
Gary Grant, horns
Gary Herbig, horns
Bill Payne, keyboards
Andy Narell, steel drums
David Lindley, lap steel
Tom Kelly, backing vocals
Patti Austin, backing vocals
Jon Anderson, backing vocals
Linda Ronstadt, backing vocals
Digitally remastered