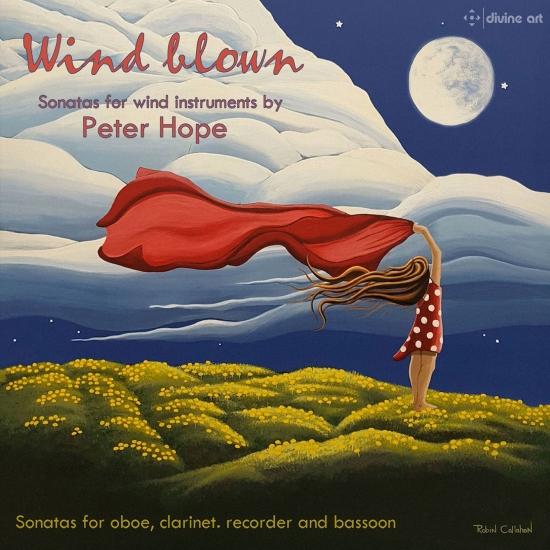 Peter Hope is one of those remarkably talented composers whose music is far netter known than his name. An arranger and composer of light music for decades, working with the BBC Concert Orchestra and writing themes for public events, his music has been heard worldwide - and by millions of British watchers of BBC TV News which used Peter's theme for over a decade.
“Impressively annotated, impeccably produced, neatly packaged.. The music – Melodic. Bucolic in feeling. Clearly a direct line descendant of the Vaughn-Williams, Fredrick Delius tradition. The players – Top notch working musicians. Terrific ensemble players.” (Rafael de Acha, Rafael Music Notes)
Peter Hope is an English composer whose name is not well known to the public, but some of his music certainly is. A veteran of the light music genre, he has been a fulltime composer and arranger for 50 years, working for many years with the BBC Concert Orchestra – many of his arrangements becoming classics in their genre, also writing music for the marriage of the Crown Prince of Spain and many other public events. His theme tune for BBC TV news ran for over 11 years, known to practically every person in the UK.
Since 2000 he has concentrated on more serious and extended compositions, though retaining a commercial sense of approachable style. This album features four wind sonatas and two other works, performed by instrumentalists of high calibre and renown. All the works are receiving the premiere recording and one, ‘A Walk with my Dog, Molly’ is being considered as the music for an animated film based on the music itself.
Richard Simpson, oboe (Sonata for Oboe and Piano)
Janet Simpson, piano
Thomas Verity, clarinet (Sonata for Clarinet and Piano)
Simon Passmore, piano
John Turner, recorder (Sonata for Recorder and Piano)
Harvey Davies, piano
Frank Forst, bassoon (Sonata for Bassoon and Piano)
Yukiko Sano, piano
Verity, Turner and Passmore (Tallis Remembered)
Pam Zinnemann-Hope, speaker (A Walk with my Dog, Molly)
John Turner, recorder