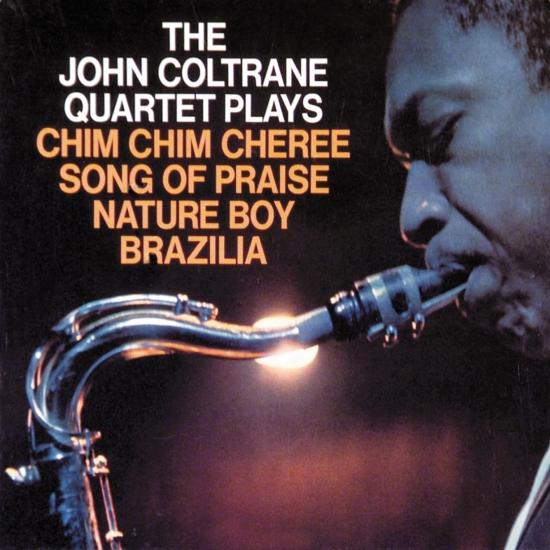 "... all through this recording the intensity has been turned up a notch since A Love Supreme, the immediately preceding quartet recording ... this is great music from a great musician. On that basis alone it stands ... (the title) seems a bit of a misnomer for a work of such seriousness and intensity; in any case, it is an invaluable record of a man struggling to attain to greater clarity of vision." (AllAboutJazz)
„One of the turning points in the career of John Coltrane came in 1965. The great saxophonist, whose playing was always very explorative and searching, crossed the line into atonality during that year, playing very free improvisations (after stating quick throwaway themes) that were full of passion and fury. This particular studio album has two standards (a stirring "Chim Chim Cheree" and "Nature Boy") along with two recent Coltrane originals ("Brazilia" and "Song of Praise"). Art Davis plays the second bass on "Nature Boy," but otherwise this set (a perfect introduction for listeners to Coltrane's last period) features the classic quartet comprised of the leader, pianist McCoy Tyner, bassist Jimmy Garrison, and drummer Elvin Jones.“ (Scott Yanow, AMG)
John Coltrane, tenor saxophone and soprano saxophone
McCoy Tyner, piano
Jimmy Garrison, double bass (1, 2, 3, 4, 7)
Art Davis, double bass (3, 5, 6)
Elvin Jones, drums
Recorded February 17-18 and May 17, 1965 at Van Gelder Studio, Englewood Cliffs; March 28, 1965 at Village Gate, New York City
Produced by Bob Thiele
Digitally remastered