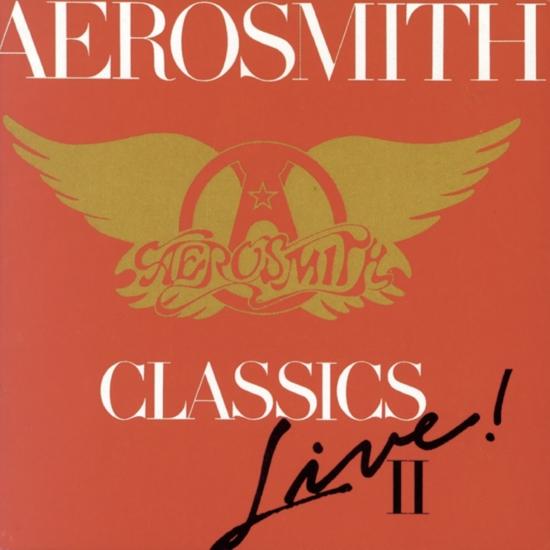 Unlike Aerosmith's first Classics Live! compilation, the group had direct creative involvement in putting this collection together. Of the eight songs that make up LIVE II, six were taken from a New Year's Eve show the band played before a hometown Boston crowd in 1984 at the Orpheum.
The triumphant 'Back in the Saddle' is included along with the funky 'Walk This Way' (complete with a crowd sing-along intro for birthday boy Tom Hamilton), the sassy 'Same Old Song and Dance,' and the raucous 'Toys in the Attic.' A version of the always potent 'Draw the Line,' taken from 1978's CALIFORNIA JAM and 'Let The Music Do The Talking' (originally recorded by the Joe Perry Project), recorded at a 1986 Worchester, Massachusetts gig round out this set.
Steven Tyler, vocals
Joe Perry, guitar
Brad Whitford, guitar
Tom Hamilton, bass
Joey Kramer, drums
Recorded live at The Orpheum Theater, Boston, Massachusetts on December 31, 1984; Worcester Centrum, Worcester, Massachusetts on March 3, 1986; Ontario Motor Speedway, Ontario, California on March 18, 1978 Produced by Steve Leber, David Krebs, Aerosmith, Paul O'Neill
Digitally remastered