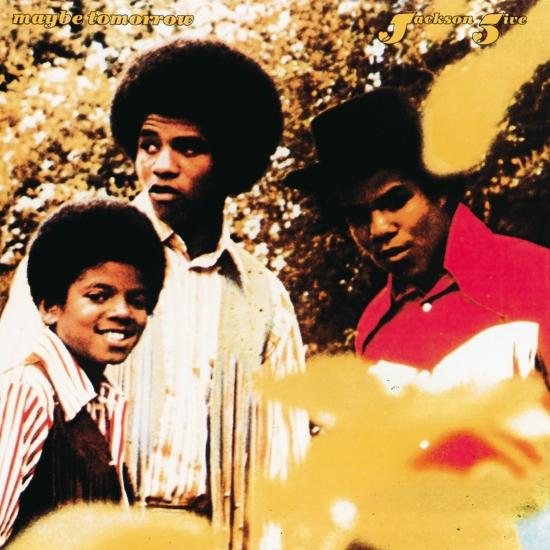 A stellar assortment of funky jams and sweet ballads sent this 1971 album to #11. Never Can Say Goodbye and the title tune soared up the charts; they join I Will Find a Way; It's Great to Be Here; Honey Chile , and more, with truly amazing performances by young Michael.
„Maybe Tomorrow (1971) was the Jackson 5's fourth long-player in less than two years, actually their fifth if you count the excellent holiday offering The Christmas Album (1970). Tito, Jermaine, Marlon, Randy, and Michael continue their prolific run, building off the same combination of swooning slow jams and funky rockers that had catapulted their previous outings into the Top Five R&B and Pop Album surveys. No doubt influenced by the recent success of 'I'll Be There,' the tunes extracted as singles were the heartfelt and Michael-led ballads 'Never Can Say Goodbye,' as well as the title track 'Maybe Tomorrow.' Although the youngest member of the Jackson 5, he consistently turned in precociously age-defying performances. Once again, Motown's self-inclusive team of Bobby Taylor, instrumentalists Deke Richards (guitar), Freddie Perren (keyboard), Fonce Mizell (keyboards), and the label's co-founder Berry Gordy -- known collectively as the Corporation -- supplied a majority of the grooves. However, it was increasingly the tunes brought in from elsewhere that were gaining the most attention. Actor/composer/performer Clifton Davis supplied 'Never Can Say Goodbye,' while Hal Davis' midtempo arrangement of the Crests' 1958 hit '16 Candles' is a perfect vehicle for Jermaine. He would return to his R&B ancestry for a significant solo side, a cover of Shep & the Limelites' 'Daddy's Home.' Standouts from the Corporation's contributions are the fun, though admittedly lightweight 'My Little Baby,' the harder driving 'It's Great to Be Here' and the upbeat funk vibe 'I Will Find a Way' that concludes the platter.“ (Lindsay Planer, AMG)
Michael Jackson, lead vocals
The Jackson 5, background vocals
Recorded 1970 at the Motown Recording Studio, Los Angeles, California
Produced by The Corporation & Hal Davis
Digitally remastered