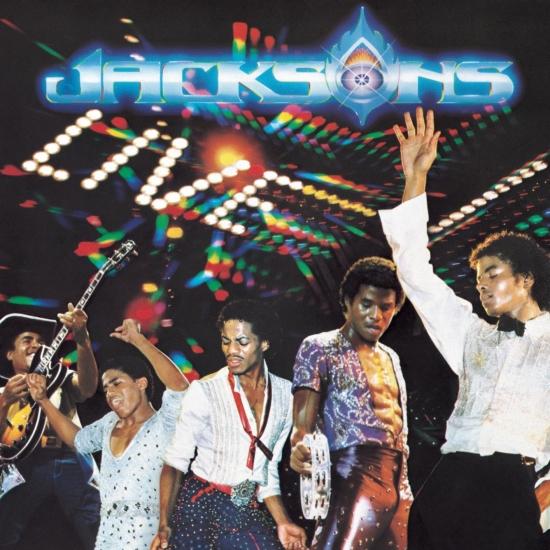 The Jacksons Live! is a live album by The Jacksons released on November 11, 1981, by Epic Records. The album was recorded during their North American tour in fall 1981, known as the Triumph Tour. The live double album was culled from recordings made on the tour's stops in Buffalo, New York; Providence, Rhode Island; Atlanta and New York City. The live album would go on to sell over two million copies worldwide.
The 1981 live show featured songs from the group's album Triumph, two songs from Destiny, a medley of their Motown hits, and five songs from lead singer Michael's solo album Off the Wall.
It certainly sounds like the audience is having a spectacular time at this explosive evening. Mixing hits from Michael's OFF THE WALL (which get the biggest screams) with their then-current hits such as "Shake Your Body," "Lovely One," and "Heartbreak Hotel," the Jacksons provide sheer entertainment.
An introduction via video clip of the boys' early-'70s performance on "The Ed Sullivan Show" leads to the present day brothers breaking in and faux-begging Michael to perform that material--Michael's protestations that "the stuff is old" only adds to the fever which greets him as he performs "I Want You Back," "ABC," and "The Love You Save." The adult Jacksons here tweak their boyhood material, providing an opportunity to hear the group at its best.
The Jacksons
David Williams, guitar
Mike McKinney, bass
Bill Wolfer, keyboards
Jonathan "Sugarfoot" Moffett, drums
East Coast Horns
Recorded August 13, 1981 at Pittsburgh Civic Arena, Pittsburgh, United States
Recorded and mixed by Bill Schnee
Produced by The Jacksons
Digitally remastered