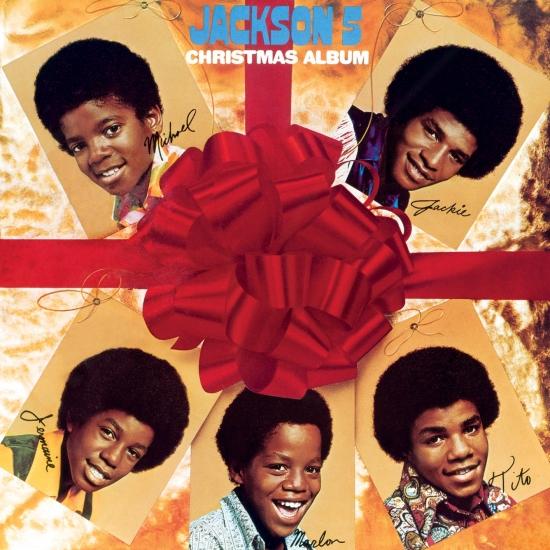 Most of the Motown artists found time to record one, sometimes two or three albums for Christmas, and the young Jackson 5 were obviously candidates for being added to the list. The fact that the boys were Jehovah's Witnesses (and therefore didn't celebrate birthdays or Christmas), changed nothing.
The resulting album, usual mix of covers and original songs, became a classic Jackson 5's album. Energetic, enthusiastic, soulful, with vocals harmonizing all acute. The album begins with the ballad 'Have Yourself A Merry Little Christmas', performed by Jermaine Jackson with his brothers in the chorus. The song ends with a beautiful 'We Wish You A Merry Christmas' by the whole group. Then follows the dynamic hit 'Santa Claus Is Coming To Town' by Michael, Christmas Song by Jermaine including a sample of 'Jingle Bells' in the end, Up To The Housetop, also inspired by 'Jingle Bells' and the bell sound of 'Big Ben'. The Corporation, composed 'Give Love On Christmas Day'.
Before 1973, Billboard excluded Christmas Albums from the main charts and, instead, suggested a Christmas special hit-parade during the holiday season. Christmas Album topped these charts, each year from 1970 to 1973 and again in 1983. He topped # 2 in 1971, accumulating 6 weeks in first place, and a total of 16 weeks ranked. The US single from the album was 'Santa Claus Is Coming To Town', the most popular song of Christmas . Again, the track topped the Billboard's Christmas Chart, in 1970 and 1971, and # 9 in 1973. In New Zealand, 'I Saw Mommy Kissing Santa Claus' was released as a single. In England, an special EP was proposed with the title 'Merry Christmas From Michael Jackson With The Jackson 5' in 1987. There were also other kind of EP, released in Brazil, Holland ... all the more rare than the other (see video below).
In 1973, a compilation entitled 'A Motown Christmas' was released, including titles of Christmas sung by Motown artists. The unreleased track 'Little Christmas Tree' was proposed for the first time, then also on the CD reissue released in 2003, called 'Century Master Collection'.
„After three consecutive Top Five Pop albums in 1970 alone, it was somewhat of a no-brainer that Motown would want to include a holiday long-player to that list. The Jackson 5 Christmas Album (1970) combines classic favorites as well as a handful of compositions penned by the Corporation. This all-star team of Motown staffers and musicians boasted composer Bobby Taylor, Deke Richards (guitar), Freddie Perren (keyboard), Fonce Mizell (keyboards), and label co-founder Berry Gordy. As they had done for each of the Jackson 5's previous platters, they carefully crafted and significantly modernized familiar seasonal selections. Leading off the effort is an unusual (for a pop act, anyway) two-part interpretation of 'Have Yourself a Merry Little Christmas,' commencing with a fairly rote reading before kicking into gear during a fittingly R&B-inspired coda. They follow with an undeniably soulful update of 'Santa Claus Is Comin' to Town,' and the fun and funky 'Up on the Rooftop' that also adds instrumental elements of their hit 'The Love You Save' with a few bars of 'Here Comes Santa Claus' likewise worked into the mix. 'Rudolph the Red-Nosed Reindeer' is another standard that has been infused with a fresh spirit, once again yielding a well-chosen and adeptly executed revision. Although not as drastically overhauled, 'Frosty the Snowman' and 'I Saw Mommy Kissing Santa Claus' are nonetheless thoroughly enjoyable.“ (Lindsay Planer, AMG)
Jackson 5
Produced by The Corporation
Digitally remastered