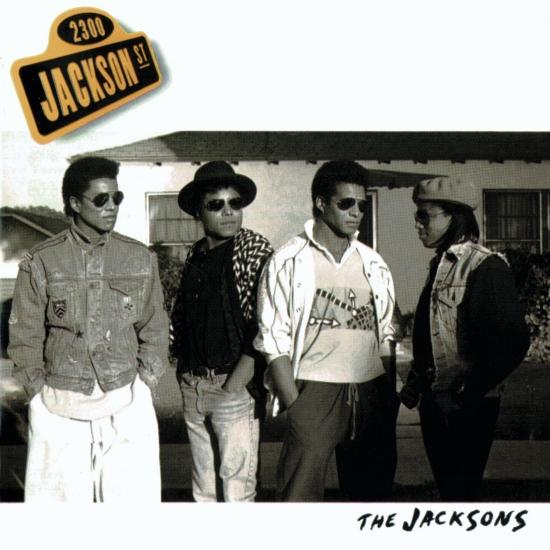 2300 Jackson Street is the eighteenth and final studio album by American Pop/R&B group The Jacksons, and their final album for record label Epic, released in the United States on May 28, 1989 (see 1989 in music). This is the group's first album without lead singer Michael Jackson, who had left the group along with older brother, Marlon Jackson. Their final album debuted at #59 on the Billboard 200 and at #14 on the Top R&B/Hip-Hop Albums chart, and would sell over half a million copies worldwide.
„This was the final gathering of the entire Jackson family, and it turned out to have both historical significance and some musical value. The team of L.A. and Babyface, then emerging as major producers, spearheaded the track "Nothin' Compares to U," and the title track was a nice autobiographical/family outing song.“ (Ron Wynn, AMG)
The Jacksons
Engineered by Jon Gass, Mike Couzzi, Mark Richmond
Produce by The Jacksons, L.A. Reid, Babyface, Teddy Riley, Michael Omartian, Attala Zane Giles
Digitally remastered