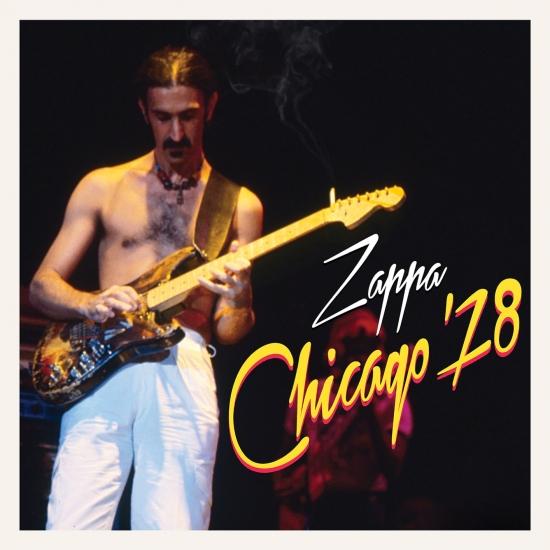 Recorded September 29, 1978 at the Uptown Theatre in Chicago, the aptly-titled two-disc album, Chicago ’78, captures in great sound quality the second of two shows played that night in its entirety, a rarity for Zappa recordings. The concert delivers with a good blend of fan favorites, blistering guitar solos, audience participation, on-the-spot improvisations and stellar playing from Zappa and his talented band. Notably, the album includes rare live versions of “Yo Mama” and “Strictly Genteel” and a spontaneous improv by Zappa where he plays riffs that would end up turning into the future songs “I’m A Beautiful Guy” and “Crew Slut.” Due to only having one tape machine rolling at a time and the length of the recording time, the live performance was recorded on three different sources. In order to present this show in its entirety, it was culled from the three different sources: Main Source: ½-inch 4-Track analog tape masters; Secondary sources: ¼-inch 2-Track reel to-reel analog tape masters and a board cassette. All tapes were heat-treated and transferred at 96kHz by Joe Travers.
"In September of 1978, Frank Zappa took the stage with his rockin' teenage combo (Ike Willis, Denny Walley, Tommy Mars, Peter Wolf, Arthur Barrow, Ed Mann, and the great Vinnie Colaiuta) at the Uptown Theater in Chicago. This album is the entire show and fans are going to love it. The leadoff track is a cool unheard guitar instrumental called "Twenty-One." Played in a 21-beat rhythm, it seems related to "Thirteen" from around the same time period (on YCDTOA, Vol. 6). "Easy Meat" features an earlier arrangement and a nasty guitar solo, while "Village of the Sun" adds a weird interlude with some additional lyrics that sets up the vamp for another fantastic guitar solo. "Bamboozled by Love" has a nice Denny Walley slide solo and an excellent FZ guitar solo. The next songs give some nice solo space to other bandmembers: Tommy Mars on "Sy Borg," and Tommy, Peter Wolf, and Vinnie all get showcased in "Little House I Used to Live In." "Paoxysmal Splendo" is an odd tune that contains snippets that were or would become other songs. It starts with some tangoed "Greggery Peccary" references, switching to the "I'm a Beautiful Guy" riff for one part of the guitar solo and moving into a droning backdrop to finish the solo. "Yo Mama" has another great FZ solo, followed by a really nice rock band take on "Strictly Genteel" and a fantastic "Black Napkins." Some of the songs are merely performed well, but there are enough surprises and great solos that fans will be pleased. This isn't the place to start your Zappa collection, but releases of full FZ shows are rare and hearing another full show with Vinnie Colaiuta on drums is a treat." (Sean Westergaard, AMG)
Frank Zappa, guitar, vocals
Ike Willis, guitar, vocals
Denny Walley, slide guitar, vocals
Tommy Mars, keyboards, vocals
Peter Wolf, keyboards
Ed Mann, percussion, vocals
Arthur Barrow, bass, vocals
Vinnie Colaiuta, drums, vocals
Digitally remastered 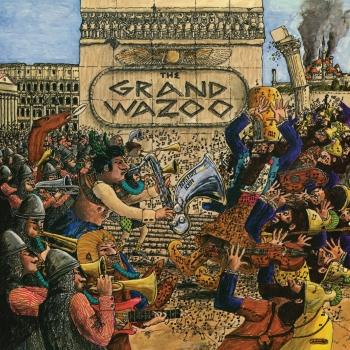 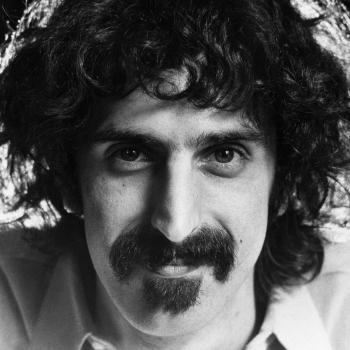 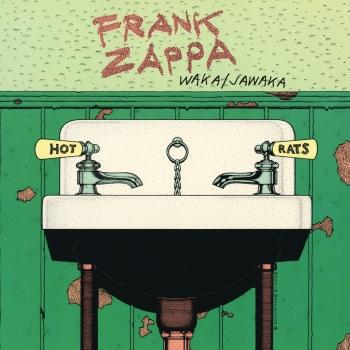