The Crux Of The Biscuit (Remastered) Frank Zappa 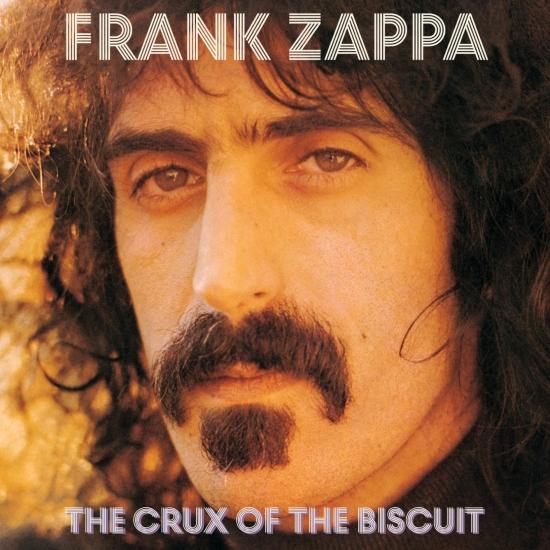 Info for The Crux Of The Biscuit (Remastered)

Previously unreleased material from the Zappa Vault. 'The Crux of the Biscuit' was created in conjunction with the 40th anniversary of Frank Zappa's 1974 album Apostrophe('). As part of Zappa Records' ongoing Frank Zappa Project / Object Audio Documentary Series, it contains rare alternate mixes, live performances, and studio session outtakes.
"The Crux of the Biscuit is the fourth installment of the Project/Object series that offers a peek behind the curtain at the making of FZ's albums, in this case, Apostrophe ('). If you don't know Apostrophe ('), there's really no context for this material. The first quarter or so of the album is an early sequence of side one, all with 1973 mixes by Kerry McNabb. However, these versions differ in various ways from the ones used on Apostrophe ('). "Cosmik Debris" is basically exactly the same, with the addition of a very brief additional intro. "Uncle Remus" is exactly the same up until the end of the guitar solo, then we hear some alternate vocal tracks and the backup singers (the Ikettes!) are much higher up in the mix. "Down in de Dew" was first released on the 1987 cassette The Guitar World According to Frank Zappa. Like the tune "Apostrophe'," it began as a studio jam session with Jack Bruce and Jim Gordon, but Frank erased everything but the drum tracks, later overdubbing guitar, fretless guitar, and bass to create "Down in de Dew." After that, we're treated to the track "Apostrophe'" from the album, but this is the original, unedited version! It should be noted that this is FZ's sequencing, but almost certainly not the tracks he would have used or they would have called it a build reel.
Next up is a spoken track where Frank describes the original inspiration for the "Don't Eat the Yellow Snow" medley, followed by a 20-plus-minute excerpt of the fantastic 1973 band performing said medley. The 1973 band is always worth hearing, and Frank really puts them through their paces at one point. "Excentrifugal Forz" is a cool, alternate 1973 mix that leads to probably the most interesting part of the album for fans (at least as far as conceptual continuity goes). The three takes of "Energy Frontier" are basically studio tryouts with Jim Gordon and Jack Bruce, sometimes aided by others. The first two takes of "Energy Frontier" are clearly where the drum tracks for "Down in de Dew" were taken from. The song idea is there, but neither take really gels, so it makes sense Frank would scrap everything but the drums and do it himself. Even more interesting is "Energy Frontier (Bridge)," not because it's an amazing performance (it isn't, really) but because a subsequent take of it would be retitled "Apostrophe'" for album inclusion!! The next version of "Cosmik Debris" is a different complete take of the basic tracks (no vocals) that features some wicked guitar work. The rest is a bit anticlimactic: an incomplete alternate take of "Don't Eat the Yellow Snow" and a couple short, rather poorly edited spoken snippets.
So Crux is a bit of a mixed bag. If you're not a fan of the album Apostrophe ('), there's no point in buying this one, but there's plenty here for fans, even if you only listen to the spoken tracks and snippets once." (Sean Westergaard, AMG)
Frank Zappa
Digitally remastered

Booklet for The Crux Of The Biscuit (Remastered)