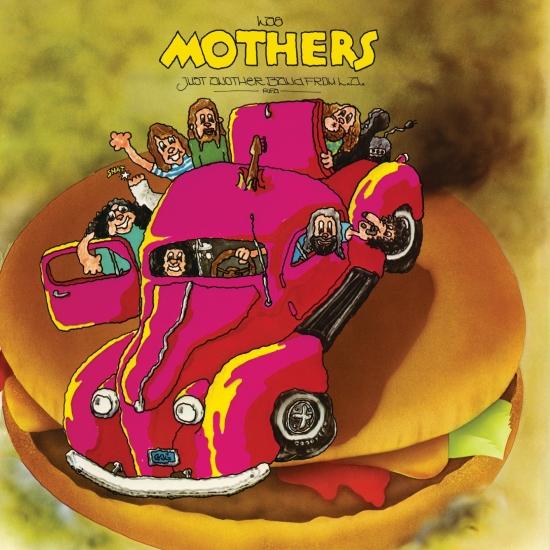 Info for Just Another Band From L.A. (Remastered) (Live)

Just Another Band from L.A. is a live album by The Mothers, released in 1972 (see 1972 in music). It was recorded live on August 7, 1971 in Pauley Pavilion on the campus of UCLA in Los Angeles. A notable inclusion on this album is "Billy the Mountain", Zappa's long, narrative parody of rock operas, which were gaining popularity at that time.
"Just Another Band From L.A. was recorded live at the Pauley Pavillion, UCLA (Los Angeles), on August 7, 1971. Released in early 1972, it is the last album to document the Mothers of Invention lineup that included singers Mark Volman and Howard Kaylan (aka Flo & Eddie). (The other bandmembers on this particular recording are: Ian Underwood, Aynsley Dunbar, Don Preston, and Jim Pons.) A previous LP, Fillmore East, June 1971, focused on material related to life on the road that had to be dropped from the movie and album 200 Motels. This second live record presents different material, plus two old favorites completely rearranged for this version of the band: "Call Any Vegetable" and "Dog Breath." Side one of the LP was entirely comprised of "Billy the Mountain," a continuous 25-minute story-song. The piece, filled with silly (some would say childish) stage antics and simple rock riffs, foretells "The Adventures of Greggary Peccary" and follows a logic similar to the "Sofa" suite. But the inclusion in its plot of dozens of very space-and-time-specific references (to towns, TV personalities, government officials, and businesses) made it age very quickly. Fans of the Flo & Eddie period will love the improvised storyline developments. Others should approach with caution, even though this one has much better sound quality than Fillmore East, June 1971." (François Couture, AMG)
Frank Zappa, guitar, vocals
Mark Volman, lead vocals
Howard Kaylan, lead vocals
Ian Underwood, woodwinds, keyboards, vocals
Don Preston, keyboards
Jim Pons, bass, vocals
Aynsley Dunbar, drums
Digitally remastered

Booklet for Just Another Band From L.A. (Remastered) (Live)