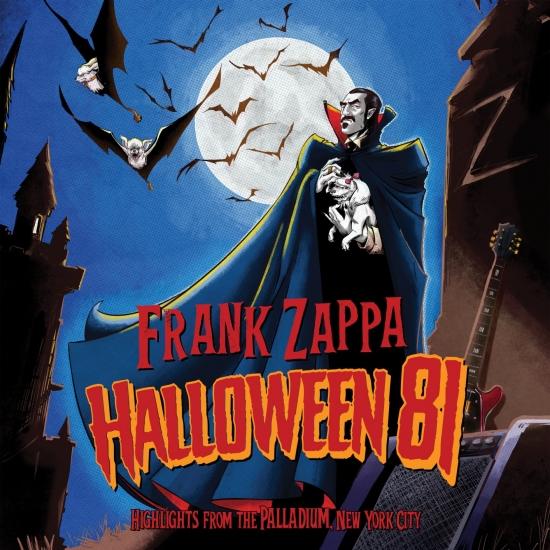 Info for Halloween 81 (Remastered) (Highlights From The Palladium / Live)

Highlights From The Palladium, New York City combines performances from all 3 shows from Zappa and the band plus an exclusive performance of “Strictly Genteel” from November 1.
By 1981, Frank Zappa's Halloween shows in New York were already legendary – a rock and roll bacchanalia of jaw-dropping musicianship, costume-clad revelry, spontaneous theatrical hijinks and of course a heavy dose of Zappa's signature virtuosic guitar workouts. Eagerly anticipated every year, fans never knew exactly what was in store but knew it would be of epic proportions and one-of-a-kind experience that only Zappa and his skilled group of musicians could provide. When Zappa returned to The Palladium in NYC in 1981 for a five-show four-night run from October 29 to November 1, the nearly-annual tradition was even more anticipated than usual as the 1980 concerts were cut short due to Zappa falling ill. Curiously there was no fall tour the previous year and thus no Halloween shows.
Frank Zappa, lead guitar, vocals, baton
Ray White, guitar, vocals
Steve Vai, stunt guitar, vocals
Tommy Mars, keyboards
Robert Martin, keyboards, saxophone, vocals
Ed Mann, percussion, vocals
Scott Thunes, bass, vocals
Chad Wackerman, drums
Recorded live at The Palladium, NYC, October 31st and November 1st, 1981
Digitally remastered

Booklet for Halloween 81 (Remastered) (Highlights From The Palladium / Live)