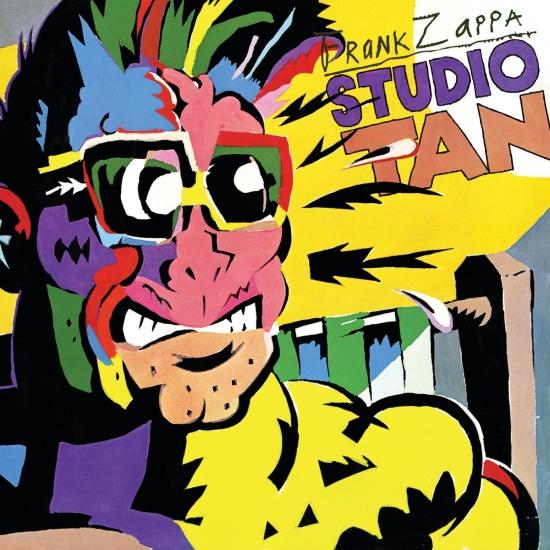 Studio Tan is the 24th album by American musician Frank Zappa, first released in September 1978 on his own DiscReet Records label. It reached #147 on the Billboard 200 albums chart in the United States.
"Studio Tan is one of four albums culled from the ill-fated 1976 box set Läther and released by Warner Bros. without Frank Zappa having a word to say about the final product (including the horrible artwork). The 21-minute opener, "The Adventures of Greggery Peccary," is the culmination of Zappa's art of storytelling. A complex piece painstakingly assembled in the studio over three years, it allies the comedy rock of the Flo & Eddie era with the jazzy feel of The Grand Wazoo and the twisted prog rock of the 1973-1974 band. Yet, it is greater than the sum of its parts, proposing an unmatched musical narrative that makes "Billy the Mountain" the work of a child and amounts to a stunning synthesis of the man's influences, stylistic range, and studio techniques. Side two features an intentionally stupid pop song, "Lemme Take You to the Beach," and two instrumental pieces written a few years earlier. The personnel is for the most part the same as on Roxy & Elsewhere. If you like cartoon music and silly stories, it is worth your money for "The Adventures of Greggery Peccary" alone." (François Couture, AMG)
Frank Zappa, guitar, vocals (1,2) , percussion (3), arranger & producer
Davey Moire, vocals (2)
George Duke, keyboards, vocals (1)
Eddie Jobson, keyboards & yodeling (2)
Ruth Underwood, synthesizer & percussion (4)
Tom Fowler, bass (1,3)
Max Bennett, bass (2)
James "Bird Legs" Youman, bass (4)
Chester Thompson, drums (1,3,4)
Paul Humphrey, drums (2)
Don Brewer, bongos (2)
Bruce Fowler, trombone (1,3)
John Rotella, woodwind (3)
Alan Estes, percussion (3)
Emil Richards, percussion (3)
Digitally remastered